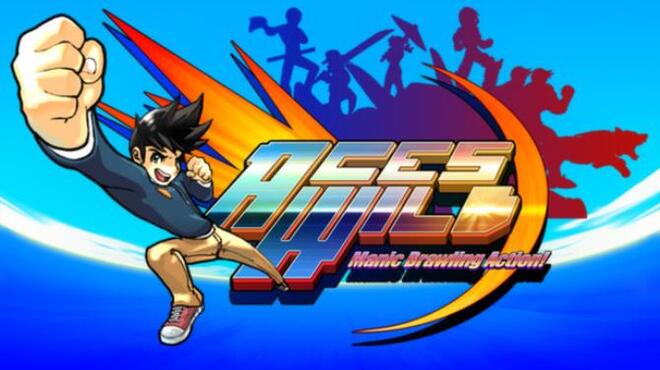 Aces Wild is a fast-paced, hardcore, aerial beat ’em up!

You play as Ace Wilder trying to defeat your brother Rex in a tournament where he and all the other entrants have colluded against you. Utilize a wide range of offensive and defensive skills to defeat hordes of enemies all at once and go for a high score! There are several playable characters and local co-op play!

It also has a jammin’ soundtrack, smooth frame by frame animation and fully voiced characters!

Aces Wild boats a free-form combat system that feels amazing, is fun for new players and deep for hardcore and stylish players. 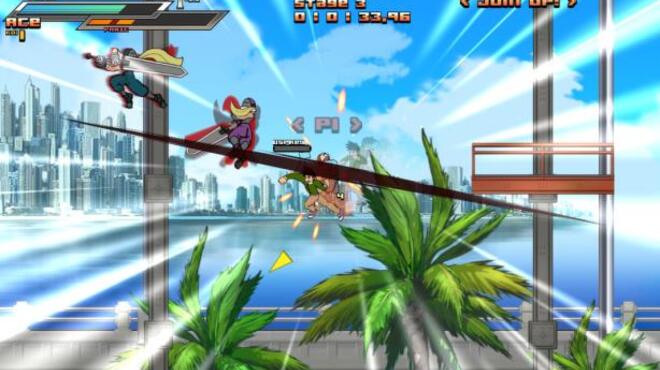 As you engage in combat, your Wild Meter will fill up.

This increases the damage your attacks do but also makes enemies stronger and more aggressive.

A true fighter will learn to build Wild for an advantage, then expend it to maintain the advantage before the enemy exploits it.

Rapid Attacks allow you to fly through the air and perform quick combination attacks against enemies!

It fills up your Wild Meter quickly. The faster you fly, the more Wild you build.

Defeating an enemy with a Rapid Attack gives you more Wild.

Crash Attacks allow you to deal insane damage and send enemies flying and bouncing off the environment!

They get a larger damage bonus from your Wild Meter. 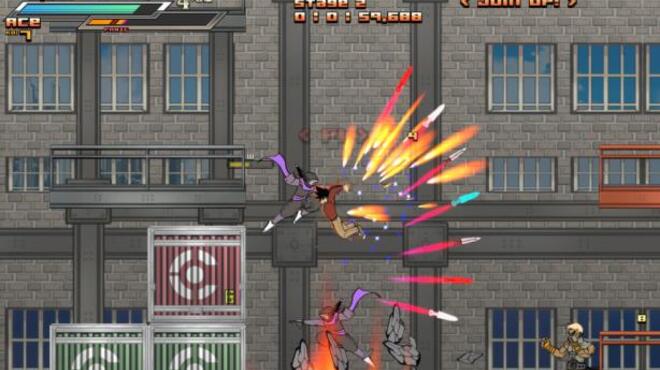